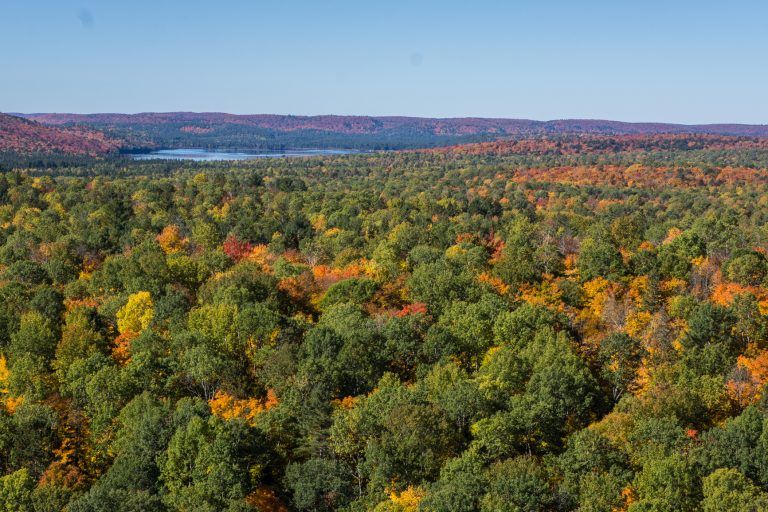 Canada has the best camping in the world. It’s indisputable. But with so much ground to cover, (it’s a pretty big country, if you haven’t noticed) picking the best spot can make for a tough decision. That’s why you’re here. Hi!

To help narrow it down for you, and as a bonus keep it close to the city so you can get the most out of your time away, here’s a list of our favourite camping spots near Toronto.

It’s the perfect time of year for it before that sticky summer heat really hits, so make a reservation, load up the Honda with your favorite toys, and make tracks.

Only about an hour and a half from Toronto (throw a family friendly camping movie on in the Sienna like The Great Outdoors and sit back and enjoy the almost silent ride), Cobourg is a gem, and its campground has one of the best locations ever. Cobourg’s biggest attraction is its massive sandy beach, and Victoria Park Campground is sandwiched right between Victoria Park and Cobourg Beach. With the forest to your right, the beach on your left, and downtown Cobourg just a couple blocks away, everything’s at your fingertips. Cobourg’s great for families, and even has a ramp making the beach accessible for wheelchairs and strollers. In the evenings, there are also lots of artsy things to do in town, like checking out the concert hall, theatre, or art gallery. It doesn’t get any more convenient than Cobourg.

There a several campsites to choose from in Tobermory, some where you can stay in a small cabin. Located at the top of Bruce Peninsula roughly four hours from Toronto, this harbour village is a sight to behold.

A boat ride away from the mainland is Flowerpot Island, so named for the rock formations topped with greenery that have been worn by the waves to resemble – you guessed it – flowerpots. Flowerpot Island actually has its own campground, too. The other major attractions are the grotto caves carved out of Bruce Peninsula National Park, which are absolutely stunning. Thirdly, Tobermory is the scuba diving capital of Canada, with no less than 25 shipwrecks to explore. Do you really need more convincing? Get going!

This township is Tiny. Both in name, and size. For a taste of small town living head north for two hours and settle in this little oasis by Georgian Bay. The whole area is covered with hiking trials including a beach path. The beach itself is beautiful and serene, not to mention very photogenic, with picturesque rocky sections as well as the expansive sandy sections. And the campsites in Awenda Park are well protected by trees, and around 3km from the waterfront. There’s also a lake within the park, where you can rent canoes and paddle around.

There’s no way Algonquin wasn’t going to make it on this list. Algonquin’s has drive-up campgrounds as well as backcountry ones for the more adventurous, and the drive to get there is a beautiful site in itself. The park is massive, with more lakes than Swiss cheese has holes. The best way to really get to explore the depths of the park is by hiking the trails or canoeing the waterways. There’s great trout fishing, and Algonquin is probably the best spot on the list to potentially see some wildlife, including moose. Hiking up to a lookout over Barron Canyon is definitely a must-see, and it’s all around three hours from the city. Bring your binoculars.

Carling is located a little west of Algonquin, on the east side of Georgian Bay. Killbear Provincial Park has plenty of sandy beaches to lounge on, but the real attraction is the rugged, rocky shoreline, that’s just as fun to traverse (or jump off of, if that’s your thing) as it is to look at. There’s a 6km trail for hiking or biking, and the lake is a popular spot for sailing and windsurfing. The sunsets over Georgian Bay are gorgeous, and here, with the rocky shoreline and smattering of trees growing between the rocks, it’s even more gorgeous. There are also tons of little islands to explore by kayak or canoe.

Bon Echo Provincial Park is like its own world, but Cloyne is only a short drive away in case you need anything the forest can’t provide. The park contains breathtaking aboriginal pictographs found on Mazinaw Rock, a 100 metre tall cliff over Mazinaw Lake. You can climb the hiking trails to use the cliff as a look out, or view it from the water to check out the over 260 native pictographs. Or better yet, do both. If you’d also like to explore the vertical side, The Alpine Club of Canada hosts rock climbing ventures up the rock face. Deeper into the park there are tons of beautiful smaller lakes to explore as well, with all variety of camping spots to suit your needs.

Jutting out into the north side of Lake Simcoe, this camp site is less than two hours from Toronto. If you’ve got some sizable water toys of your own, the proximity of this site and the fact that they have pull-through sites and multiple boat launches makes McRae Point super convenient. There’s a short nature trail with boardwalks, just 1.2 km, which is perfect for taking little ones with you. It also happens to be a great place for the avid birdwatcher, with over 79 different species known to frequent the area.

Sandbanks, while not a particularly creative name, is an accurate descriptor for the attraction of this park: its long sandy beaches. The swimming is top notch, and Lake Ontario is ideal for canoeing and kayaking. A little further along the Lake Ontario coast from Cobourg, Sandbanks is a great base to explore Prince Edward County by bike, or by walking the hiking trails through the wetlands and over the dunes. For families, there are natural heritage programs lead by the park staff throughout the summer.

The west side of Ontario’s tail doesn’t get a whole lot of love when it comes to its nature, but it should. Piney is located at the bottom of Lake Huron, a little less than three hours from the city,so make sure the family is comfortable in the Honda for this longer drive. The park has a sizeable coastline, and, running almost parallel to it, the Old Ausable Channel further into the park, which is an awesome and easy place to paddle down. Pinery’s also has a bunch of hiking trails for every ability and a 14 km trail for cycling. The park staff provides educational programs for the youngsters, and even Wilderness Skills Workshops geared towards adults. Plus, they have fully furnished yurts for a more luxurious stay.

Also with a perfectly descriptive name, Sauble Falls’ main attraction are the step-like falls in the Sauble River. Sauble Falls sits at the base of the Bruce Peninsula, around three hours’ drive from TO. The river is amazing to swim in itself, but if you want a little more relaxation, there’s a beach where it meets Lake Huron. The park itself is on the small side, but you’ll be spending all your time hanging out in the river anyway. The river has some quality fishing, and is a great spot to watch the salmon runs in spring and fall.

Kawartha is for the experienced camper, as each of the 100 camp sites in the park are backcountry, and are only accessible by canoe, and some require a little old school portaging. Kawartha is south of Algonquin, two and half to three hours from Toronto, and a newer park comparatively. If you want to really rough it in the best way without encountering too many other people, this is the place to test your mettle and go back to basics. Kawartha is home to numerous, mostly connected lakes, and can be a drop dead beautiful voyage, so long as you’re properly prepared.