8 Things You Should Know About the Honda Indy Toronto 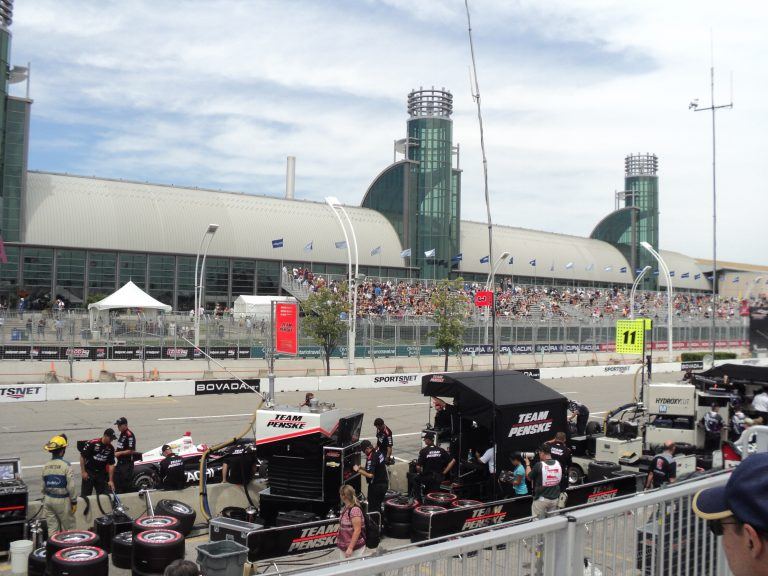 The fastest weekend in Toronto is fast approaching. It’s Honda Indy Toronto race weekend, and we couldn’t be more excited!

Each year the Honda Indy Toronto brings in race fans from around the globe for one of the most exciting weekends in motorsport. As per usual, this year’s event promises to deliver plenty of fast turns, thrilling finishes, and probably some twisted metal, too.

In preparation of the big event, we’ve put together this brief primer so you can sound smart around the water cooler tomorrow. Here are 8 things you should know about the Honda Indy Toronto.

This is the 30th time Toronto has made its streets available for racing. The first was in 1986. Now, if you’re good at math you’ve probably figured out that doesn’t make sense. That’s because, due to scheduling conflicts, the Indy missed Toronto in 2008.

Over the three days, more people than twice the population of the city of Niagara Falls will be attending the race. Their cheers still aren’t as loud as the cars though…

Friday is the most accessible date to attend…in that it’s completely free for the 7th year running. You can make a donation to the Make-A-Wish Canada and thank the Ontario Honda Dealers Association, if you’re so inclined.
Friday, July 15 at the Honda Indy Toronto is Fan Friday for the 7th year, where attendance is free for all guests, with a voluntary donation to Make-A-Wish Canada, thanks to Ontario Honda Dealers Association.

It’s #FanFriday at Honda Indy Toronto tomorrow. Come out and support a great cause!

4) So, yeah, some roads are going to be closed.

Live in the area? #SorryNotSorry. Some roads will be closed (worth it!). Our friendly national broadcaster has the details.

You can bet that Canada’s racing golden boy James Hinchcliffe (and his racing hair) will be driving it like he stole it. He’s yet to claim a victory this year. One at home wouldn’t be so bad, would it Hinchcliffe?

6) There are lots of other races too, like GT3 Cup Challenge

It’s not just the Verizon IndyCar Series Race this weekend (though that is sure to be outstanding). There will be plenty of other options for the motorsport enthusiast, like the crowd-pleasing SPEED Energy Stadium SUPER Trucks or the Porsche GT3 Cup Challenge.

7) And lots of other stuff to do at the grounds

And, it’s not just a weekend for race lovers either. Bring the kids (plus ear protection) and the spouse and mom and dad too. Stuff your faces with the many available food truck options, participate in all of the interactive games, decompress in one of the beer gardens, or catch some of the live entertainment. Then, after the smell of burning rubber has subsided for the day, head into the city to partake in the nightlife that surrounds the event.

8) There’s history in this race

With racing greats like Michael Andretti (the all-time race win leader at the event), Paul Tracy, Sebastian Bourdais, and many more having raced the streets of Toronto, this is an event that’s carved a place in the hearts of race fans in Canada and around the world.

Want to get in on the action? Tickets are available here. Join in on the conversation on social media with Family Honda at @family_honda, or with the event: @HondaIndy, @IndyCar, #IndyTO, #IndyCar.