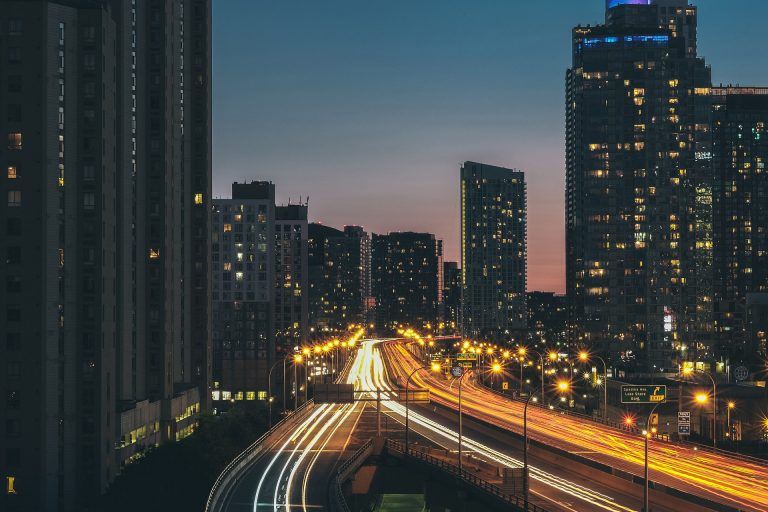 Whether you’re new to the city or country, or you’ve been driving in Ontario since you were 16, you need to know the rules of the roads. But the driving rules in 2016 in Ontario are likely more than a little different than when and where you got your first car back in the 80s. Driving rules, much like the Joneses, can be difficult to keep up with.

Here are 6 things you may not have known about the rules and regs of Ontario’s roadways.

You CAN pass on a solid or double line

Ontario is the only Canadian province to allow passing on a highway with a solid line. Crazy, right? Unlike most of the rest of the country (and world), the lane markings are more suggestion than law. Still, safety first. Always safety first.

HOT lanes are a new thing the Ontario government is trying 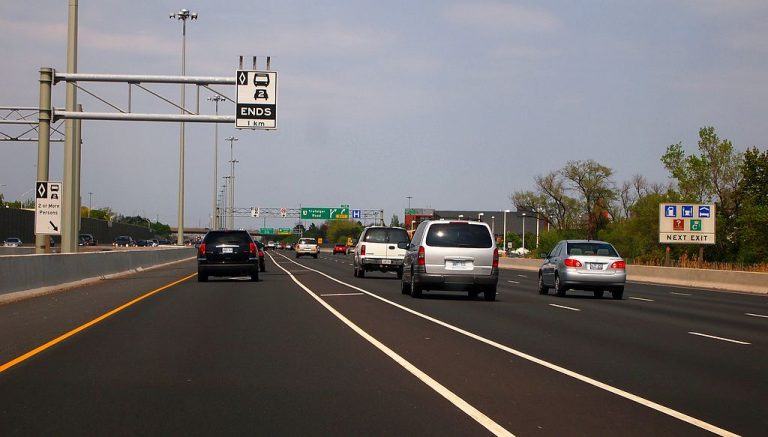 Photo by Haljackey at English Wikipedia [GFDL or CC BY-SA 3.0], via Wikimedia Commons

The GTA’s High Occupancy Toll lanes, or HOT lanes, is a pilot project spanning a 16.5-km stretch of the QEW between Oakville and Burlington, aimed at improving congestion and encouraging carpooling and more environmentally friendly travel. It’s like the evolution of the HOV lane, with access being granted to single-passenger vehicles that pay a monthly $60 fee.

And green vehicles ride for free!

If you’re driving the Honda Fit EV, or another electric vehicle with a green plate, you’re automatically granted access to HOV lanes. Good for you! This is your environment-saving automotive selection paying dividends.

No shirt, no shoes, no problem

We know you won’t believe us, so go ahead, google it yourself. And welcome back… We’re not sure where this myth started, but nowhere in Ontario’s driving regulations does it stipulate the kind of footwear necessary, or even that footwear is required to operate a vehicle at all. Or clothes of any kind for that matter. Those HOT Lanes just got hotter. (Again, safety first, despite the law—make sure you’re prepared to drive, from head to toe.)

Patience is key at pedestrian crossovers

Toronto is a reasonably pedestrian friendly city. And the powers that be want to make it more so. That’s why they imposed new rules last year meant to increase pedestrian safety, like waiting (and actually waiting) at pedestrian crossovers (those marked with a crossing sign above the street). It may seem safe for to zip out on your right turn immediately after that jogger clears your lane, but the law now stipulates that vehicles must wait until she’s right off the road on the other side.

The Move Over Law

Yielding the entire lane, or slowing down and proceeding with caution when approaching a stopped emergency vehicle with lights flashing (police, ambulance, tow truck, etc.) might seem like common courtesy, but in Ontario, it’s also the law. So, when you’re on a highway and you have the option to merge into another lane safely, do it. Otherwise, slow down and be cautious.

Think we missed some surprising Ontario driving rules? Let us know in the comments or on social media.